Bringing Boys Interest in Reading Back

A piece from an American psychologist, Leonard Sax book "Why Gender Matters"

I often revisit this fascinating description on how one teacher brought back school boys’ interest in reading. It is from the book by Leonard Sax “Why Gender Matters” an American psychologist and an advocate for gender-sensitive education.

“How would you feel if you were this character?” That sort of role-playing exercise works for most girls. It gets them into the story. But that type of exercise doesn’t work for most boys. So what DOES work to get boys into literature?

Three years ago I had the privilege of sitting in on the Ben William’s English class at the Georgetown Preparatory School. He had assigned Lord of the Flies.

I myself had to read Lord of the Flies when I was in Mrs. Buehler’s English class thirty years ago at Shaker Heights High School, just outside of Cleveland, Ohio. One of assignments was to write an essay describing “How would you feel if you were Piggy?”

But that’s not what Mr. WIlliams did. “Let’s see your maps,” he said. Mr. Williams had given the boys a very different assignment: prepare a three-dimensional map of the island. As these boys learned firsthand, you can use the book to construct an accurate map, but only if you read the text with care. For instance, in the closing chapter you’ll find the sentence, “The sunlight was slanting now into the palms by the wrecked shelter.” You know that the wrecked shelter is near the beach. It’s late in the evening. Knowing that the sun sets in the west, you deduce that if the beach were on the east side of the island, it wouldn’t be possible for sunlight to be slanting into the palms late in the evening because the forest would block the sunlight. <…..>

Once you’ve figured that out, you can use other clues in the book to triangulate the location of the mountain, the lagoon, the Castle Rock and so forth. <….> The boys had to hammer out the differences, looking up clues again in the book. “On page 23, it says that Ralph followed the outline of the crags up the mountain, so that part of the beach has to be right next to the mountain.”

“Yeah, but on page 14 it says that the beach was ‘miles in length’ and so forth.

At this point I wanted to interrupt and say, “Mr. Williams, are you out of your mind?” Lord of the Flies is not a travel guide or a set of clues to burried treasure. It’s a book about the darkest recesses of the soul! What does all that geometry and mapmaking have to do with that? You are missing the whole point of the book!”

But I noticed that the boys were really involved in the assignment. Mr. Williams was building on these boys’ natural interest and their strengths: spatial relations, mapmaking. He was keeping an assignment objective. He wasn’t asking them, “How would you feel if….”

The boys were really learning the text. It’s impossible to do this mapmaking assignment without reading closely and attentively. I decided to get out my old copy of Lord of the Flies to see whether I could make the map myself. I didn’t want to read the whole book. I though I’d skim it quickly, look for clues, and draw a map. I couldn’t do it. The words “north”, “south”, “east”, “west” never appear in the book. The only way to make the map is to pay careful attention to every detail. So I stayed up until 3 A.M. reading the book straight through. It’s a much better book than I remembered from Mrs. Buehler’s class – maybe because I was alienated by the assignment. Or maybe I was just too young to appreciate it.. ”

“Why Gender Matters”  by Leonard Sax 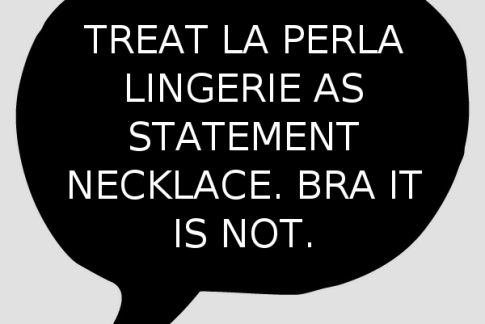 Bra shopping in Italy for many well-endowed women can only be compared to flirting with a gay guy stunner, an endeavor as titillating as it is futile.   I am standing at the doors of the La Perla Milan boutique with my clients and a friend who is a pro at Italian shopping, discussing who […]
Read More