Translating from forensic anthropology into the language of style.

At the core of my approach to personal style lays my auteur concept of beauty types that roughly divides all women into two groups: Amazons and Sirens. The tomboys vs. explicit femininity, as my readers  interpreted it from the get go.   But I started with  juxtaposing two timeless beauties:  Brigitte Bardot as an Amazon and Grace Kelly as a Siren. The princess of Monaco seemed to have her regal femininity status sealed.   But voluptuous, insatiable Bardot was hardly passing for a tomboy. Or could she?

It is true that  Sirens have a more pronounced yin to their physique, while Amazons carry a stronger yang. And yet, opposing a generous bosom and cildbearing hips to an androgynous physique will take you nowhere. Both an Amazon and a Siren may have a DD bra cup and childbearing hips, and still require a completely different approach to their personal style. Both Brigitte Bardot and Grace Kelly were well endowed. They were also both blondes and yet, no two women seem further apart than these two. The difference is the line. Bardot looks as if she is sketched with straight, zigzag strokes and this is what makes her an Amazon. Grace Kelly is drawn in softer lines with a lot of sfumato effect to them. This is what makes her a Siren.

When I posted my first thoughts about Amazons and Sirens I did not think much of it, because I felt it was just another take on Rustic (girl next door) and Classic (glam puss) profiles. This divide has existed since Biblical times. But the level of response I got from my readers revealed how much people are confused and hungry for information and guidance. I wanted to dig deeper to better understand how to navigate this topic.

Searching for cues I have intuitively referred to forensic literature. The term I needed was rugosity.  It is used in various natural sciences.  Archeologists and anthropologists use the term rugosity   while  figuring  out the sex of the deceased when all they have available is a bunch of bones. Male bones have more pronounced rugosity to them which makes their skeleton more angular.  The straight rigid line is what makes a man look masculine. Female skeletons are softer due to the flexibility required for pregnancy and childbirth. This skeletal quality is what makes a woman look  feminine. The most tell-tale bones every anthropologist hopes to get a hold of are a pelvis and a shoulder blade. These bones contain the most readable sexually-dimorphic clues. They also define woman’s personal style. But the real “deal” for any anthropologist starts if he is lucky enough to locate a skull. Masculine facial bone structure has a lot of rugosity to it and an Amazon face features some of it too. An Amazon can be easily singled out by her pronounced zygomatic arch (high cheek bone), square jaw, or deep-set eye sockets. Sirens will have a softer and narrower jawline, often with a setback chin, flat cheeks with softly contoured or  unpronounced cheek bones. Siren’s  eye sockets  are not as deeply set.

When translated from forensics into the language of style it sounds like this: A well developed, compact torso, square jaw, deep set eyes and high cheek bones  brings a woman closer to a gender-bending style. She looks good in straight, zigzag  strokes and angular, geometrical forms, Brigitte Bardot  Amazon style. If a woman’s torso is elongated, that makes it more vulnerable and her hips dominate her silhouette.  That, along with her  flat cheek bones, narrow or soft  jaw line and round eyes require her to stick to more fluid, subtle, S-shape lines with a lot of sfumato effect to them.  This is an amplified femininity, Grace Kelly Siren style.

I find it helpful to “cut through”  soft tissue and concentrate on bone structure to see whether and how much rugosity there might be.  Pronounced rugosity will support straight, fractured, zigzag fashion design.  This rugosity is what brings voluptuous Bardot closer to tomboys like Giovanna Battaglia,  Kate Moss and… gasp! Coco Chanel, than to her fellow blond Grace Kelly. A softer bone structure with an obvious S-shape to her lines is what makes Kelly a Siren and connects her to similarly unlikely beauties like Marion Cotillard and Lola Kirke.  Personal style is unequivocal reflection of our bone structure.

The term “curvy” would be mostly helpful in defining a Siren’s features, but it has been traditionally used as a gentle address for overweight women, and Sirens can be skinny and flat chested. I liked the calculus term sinusoid to oppose the other scientific term, rugosity but all in all, I felt if I wanted to venture beyond my beloved geek community   I had to come up with new terminology, which I did. 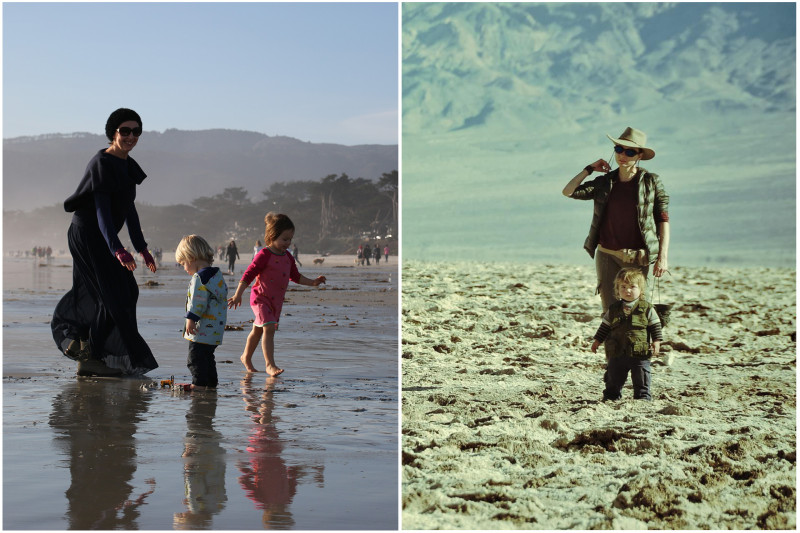 For my introduction Amazon & Siren article I used pictures with applicable landscapes. Water and the sinusoid-like lines of the mountains in their sfumato haze complement subtle Siren features. The zigzag, fractured strokes of the Death Valley serve as a winning backdrop for a well defined Amazon beauty.

I decided to use two Greek goddesses: Amazon and Siren. Not only do their myths beautifully represent an aesthetic profile of these two types, but the letters used in their names also help convey the core of the concept: the Z represents rugosity and the S is a sinusoid. They are great at delivering the message of a Z-beauty, an Amazon who is all about definition, and an S-beauty, a Siren who is all about subtlety. 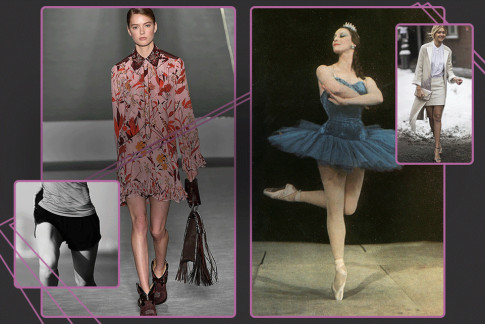 Your fitness routine can only go as far.. Love your thighs and start living.

Years ago, when I was a budding stylist, I was blessed with an online fellow-Russian friend, a garment construction industry old-timer, who decided I was worthy of gaining her impressive expertise. One of the things I remember catching right away was the jargon she mentioned they used in the old days to describe legs. Basically, she […]
Read More