Why Seasons Do Not Show Up in the Data

Data scientists in the color field do not have access to quantifiable data to ensure credible mapping.

On February 7, researcher Peter Gaston published an article named “Fashion Science takes on Seasonal Color Analysis” on Towards Data Science. He describes the process of building an algorithm that replicates a popular method of finding the best colors that enhance the natural beauty of the individual. The method is called Seasonal Color Analysis (SCA) and it places humans in one of four clusters, based on shared traits.   The conclusion Peter Gaston has arrived to: Seasons just aren’t found in the data. Basically, there is no system to the SCA.

I have been building highly personalized dynamic palettes for clients using 24 sample palettes since 2008. These palettes are neatly organized in the system of four clusters. The clusters correspond with seasons from the Seasonal Color Analysis (SCA) method, but the actual method I use varies from the popularized versions of SCA. It is more scientific and leaves less room for subjective perception. I see two main reasons why Seasons did not show up in Peter’s data.

The popular versions of SCA offer four clusters: Spring, Summer, Autumn, Winter. They divide seasons based on two factors: color temperature (warm, cool) and color intensity (dark, light). This is a common version of the SCA, popularized by Carole Jackson in her book Color Me Beautiful (1980). The concept was simplified in order to fit into a $9.99 paperback and get rid of the scary scientific language. Here is the layout:

The Caygill SCA method I use sets different benchmarks to organize four seasonal clusters that make it more quantifiable. Switching to different benchmarks makes the method almost unrecognizable to the majority of SCA practitioners but we still call it SCA and use the labels Spring, Summer, Autumn, and Winter. More often we find ourselves communicating in the dry language of numbers and saying something like: “he is a number 7” or “she is a number 21.” The two major differences that set the Caygill method apart from the popular SCA versions are:

When speaking about temperature I avoid the terms “cool” and “warm” altogether and switch to the more technical “blue-based” and “yellow-based.” This ensures we are closer to something quantifiable like a wavelength, and not somebody’s’ personal opinion. Here is an example.

In the Caygill SCA method this woman belongs to Summer, a blue-based cluster. Do you think of cool or blue-based when you look at her? No, neither did I. 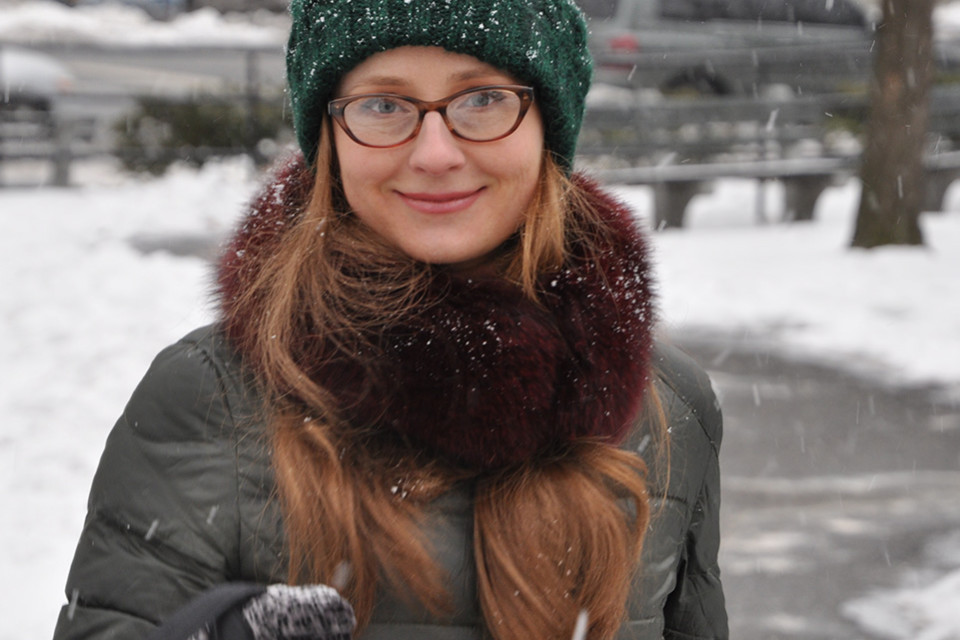 Guided (or rather misguided) by her Renaissance golden mane and the golden glow of her skin, I started outfitting this woman in similarly vibrant warm hues, only to see her face become lifeless and dark circles emerge under her eyes. This is how I learned that a strong mauve-grey undertone lays underneath her golden glow. The mauve undertone announced itself when I clothed her in warm colors, from bubbly yellows to earthy terracottas. I shared my frustration with a more experienced colleague and she reminded me of the special palette #27 in the Summer cluster that accommodates this type of skin-tone: seemingly warm with lots of grey and mauve in the undertone. It is an edge case for Summers that combines warm (yellow-based) and cool (blue-based.) Since my client reacted so poorly to all the elegantly heathered, Brunello Cucinelli-like greys, I did not even bother trying a Summer palette on such a “warm” looking person. I did not think of the #27 edge palette because I connected its deep, jewel colors to a brunette. But as I started carefully picking dark swatches that were not obviously mauve-grey and only contained a hint of mauve-grey, her Botticelli-like beauty emerged. The colors that worked for her all came from the blue-based, heathered cluster we call Summer. They are warmer (psychological) than a typical Summer palette, but they are still blue-based (quantifiable). They are mauve-based to be precise.

On a side note, in his article, Peter Gaston mentions how all skin tones look warm and it sounds like this threw him off. It is completely natural for all skin-tones to look warm. One of the main skin pigments, carotene, ensures our skin looks warm. And, according to this study, skin high on carotene is perceived as most attractive. Carotene is responsible for giving us this sunny, golden glow and the human eye instinctively seeks these signs of warmness. As a personal color consultant, my task is to determine what other pigments are present in skin composition, which ones dominate, what ratio they build, and, hopefully, help to make this quantifiable for researchers like Peter Gaston.

Here are the swatches that correspond with Summer and Autumn edge case skin tones put together. The two bottom left swatches are the Summer. The swatches on the right are the edge case Autumn. The difference is subtle. But once we are aware of the components, we can formulate the subtlety: the bottom left swatch contains grey; the one on the right does not. This will dictate the hues of the clothes that will befit each skin tone. The presence of grey (blue-based mauve) in the skin tone is what sets Summers apart from the rest of three seasons. This presence of grey IS our benchmark, not some evasive “warmness,” a psychological perception that varies from person to person. 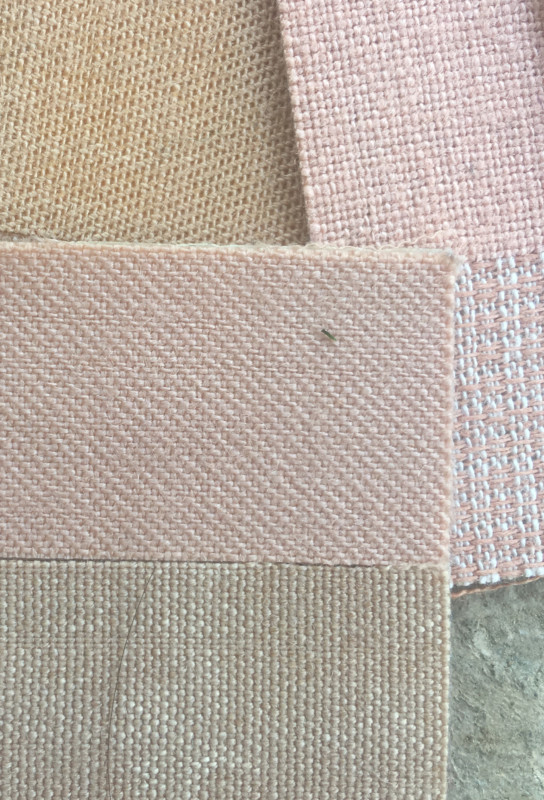 The Benchmark between the Summer and Autumn Clusters is the presence of mauve grey, not some evasive “warmness.”

Now, lets look at the sample palettes recommended for these two skin tones.  Autumn (yellow-based) on top. Summer (blue-based) on the bottom. 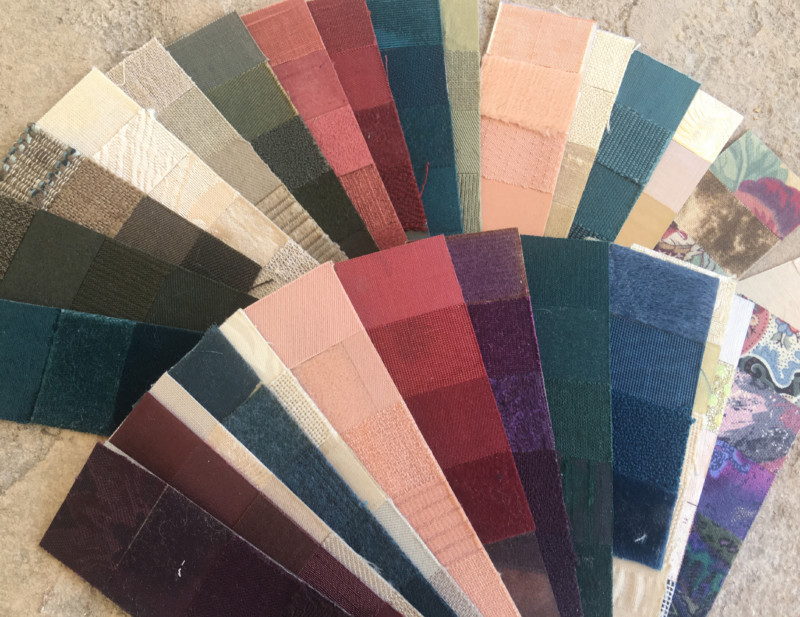 Now, let’s look at the sample palettes recommended for these two skin tones. Autumn (yellow-based) is on top. Summer (blue-based) is on the bottom.

On March 14, 2019, a powerhouse of the fashion industry, Scott Schuman, posted a picture on his Instagram account of a boy with very similar personal coloring as my client above: skin composition high on carotene with a strong mauve undertone. He is outfitted in similar colors from the Summer cluster: deep, heathered, blue-based. It is somewhat ironic that while looking down at the color theories in his comment, the famous tastemaker singled out a person who (most likely intuitively) followed a very rigid rule. The primordial rule of skin-undertone, which is the backbone of the Seasonal Color Analysis.

I prefer Scott Schuman (The Sartorialist) to celebrities to be my standard bar. We either see celebrities completely disassembled, caught by nosy paparazzi during their down time or we see them during high voltage events and the closely curated format of movie editing, when an incredible amount of world class talent was poured into their look. This cannot be replicated in the everyday life of regular people. The Sartorialist has attracted the attention of the fashion-mighty and regular people for his candid, spontaneous portraits of both fashion-week frequenters but also regular people of all ages on the streets of New York, Paris, London, Milan, and around the globe. This is something we stylists look up to.

The credit for my clients’ portrait above, which was mirrored four years later by the most influential tastemaker in the world, goes entirely to the Seasonal Color Analysis. Developed by the Golden Age of Hollywood stylist Suzanne Caygill, it continues the long-lasting tradition of European paintings.

I’ve often said that style CAN be learned. One can learn how to buy clothes that fit their body correctly or that help them fit into the group they want to belong to however being good with color (like this young man) is the most difficult “fashion skill” to master. You can learn color theories or schemes but to be truly advanced in color work is something you’re born with (?) . Typically the fashion shows that get me the most excited are the ones that challenge perceptions of color mixing. That’s one of the reasons some of my favorite designers are @driesvannoten , @prada @themarcjacobs and @alessandrodellacqua ! When they play with color it’s a free lesson that we can all benefit from.

Most SCA practitioners do not have the skin tone fabric swatches and sophisticated toolset of the Caygill method, because it is expensive and complicated. In the 1980s it was bypassed in favor of the more “comprehensive” (sellable) format. But for anybody with an ambition to train an AI on color, the Caygill SCA is where reliable, quantifiable data comes from. 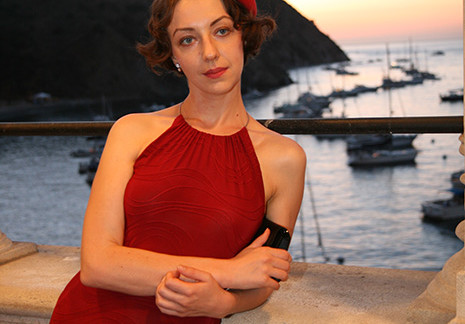 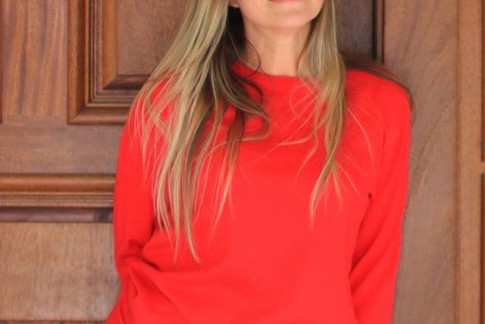 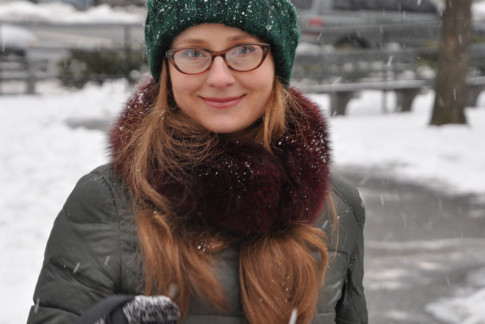