For almost a decade I tried to understand why Italians include "pool" in the short list of their street signs. The Darkening Age by Catherine Nixey, about the Christian destruction of the Classic world, provided a clue. 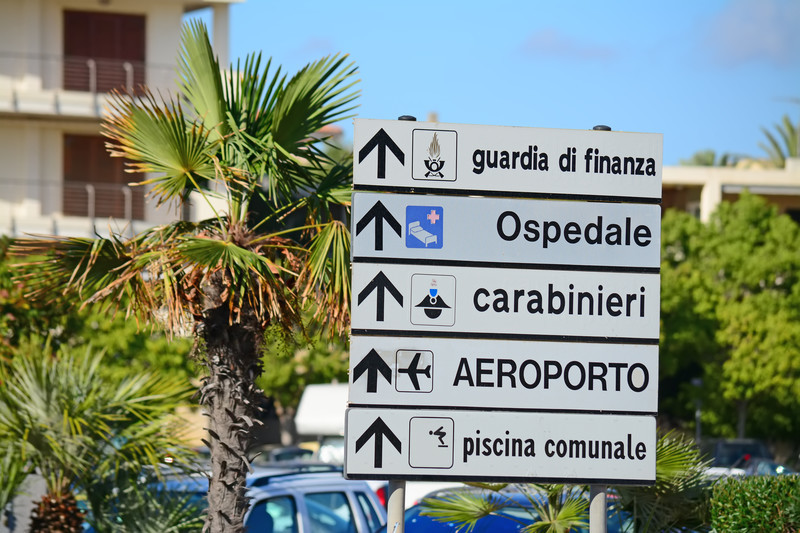 A short list of street signs in Italy will often include the public pool (piscina comunale).

The ubiquity of the road sign “Public Pool” (Piscina Comunale) first caught my attention on a 2010 road trip through Puglia and Basilicata, the southern provinces of Italy. The signs were not pointers to the beach, as the towns where I spotted them were away from the sea. Some of the “piscina” signs around Italy do point to beaches, but a lot of them mean “public city pool.”

What is this sign? Is it targeted at locals who can’t do without a pool? Who do not know where the pool is located? Is this for random tourists who ended up here after visiting more lavish Italian locations and for whom all the surrounding seas of Italy- Mediterranean, Tyrrhenian, Ionian, Adriatic- weren’t enough. They now need a city pool in the middle of nowhere?

Irrational behaviors attract me immensely. This is where the most important truth is usually hiding. For almost a decade, the anthropologist in me kept trying to crack this intricate cultural code. The omnipresence of Italian street sign “Public Pool.” The answer came this past April, with the book The Darkening Age” (2017) by Catherine Nixey. I read it during my annual Spring pilgrimage to Southern Italy this year.

We all grew up with the standard narrative that Christianity was the natural successor of the Hellenic world, the medium that kept the Greco-Roman heritage for generations to come. In her compelling, heavily researched book, Caherine Nixey challenges this story. She offers evidences of the brutal destruction of the classic Greco-Roman world by the early Christians. According to Nixey, early Christians destroyed about 90 percent of the Greco-Roman art and science, including highly developed physics, math, and medicine, saving the hordes of barbarians a lot of work.

Christianity significantly rearranged everyday life and took particular offense at public baths, as this is where they saw the most sin and evil flourishing. They put an extra effort in dismantling naked and sensual statues, such as those of Aphrodite, the goddess of love for Romans and Greeks, and a mere slut for Christians themselves. Sculptures of Aphrodite served as a common decoration in the public baths, the realm she oversaw. All other statues of Greco-Roman gods had a similar fate. Christian followers mutilated statue faces, broke off limbs, and “baptized” the statues by putting crosses on their foreheads. “Even the exercises done outside the baths were suspect: wrestling was deplored as the Devils trade,” Nixey quotes Tertullian, the early Christian philosopher. “The very movements of wrestlers have a snakelike quality.” 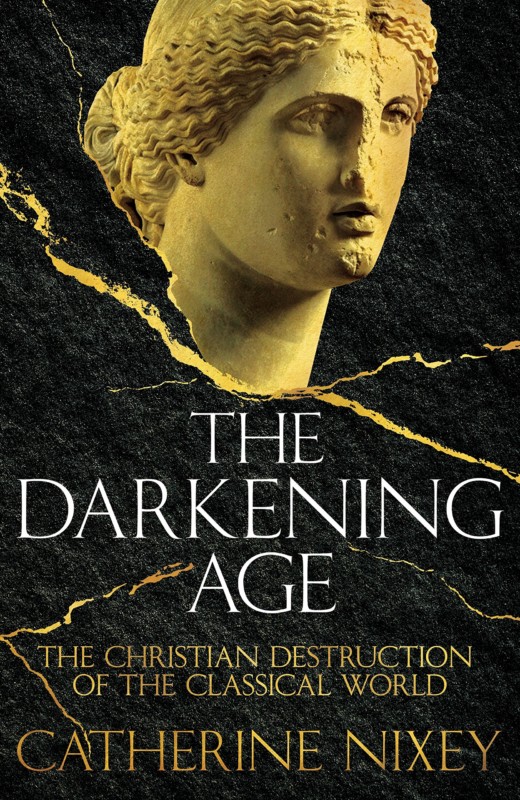 The book that suddenly provided clues on the “pool” road sign ubiquitous presence in Italy.

I knew public baths were important for the ancient Romans, but it was only through the words of Seneca, Cicero, and other classic writers quoted in The Darkening Age that I suddenly realized the magnitude of the public bathhouse role in the Greco-Roman world. Nixey names them “town squares with water.” This is where everything from business to pleasure took place in one go. The baths were not segregated by gender and recreational sex took place in the darker rooms. Ancient Greeks and Romans did have ideas of shame, embarrassment, and morale but they were not nearly as totalitarian as the Christian norms would later impose. All in all, ancient Romans visited baths to see and be seen. Breathtaking art and engineering advancements alike found their place in the public bathhouses as well:

Suddenly, the random “piscina” street sign made total sense: the town square with water, the focal point of the landscape and the nucleus of city life. This Hellenic, pagan human hub was still there, even if in the ridiculously reduced form of a street sign. The pool itself is not nearly as important. The ubiquity of the street sign pointing at it is.

The bath housesbathhouses, with their life-like statues celebrating the beauty of the body, artful mosaics, and other attributes of human genius and craftsmanship, were wiped off the face of the earth and replaced with churches. The street sign “Public Swimming Pool” (Piscina Comunale) became the Roman bath’s closest relative and its heir. They stand as a subtle reminder of what an Epicurean place this once was, where sensual pleasures and the beauty of the body were celebrated and regarded as highly as the atomic theory of the universe. 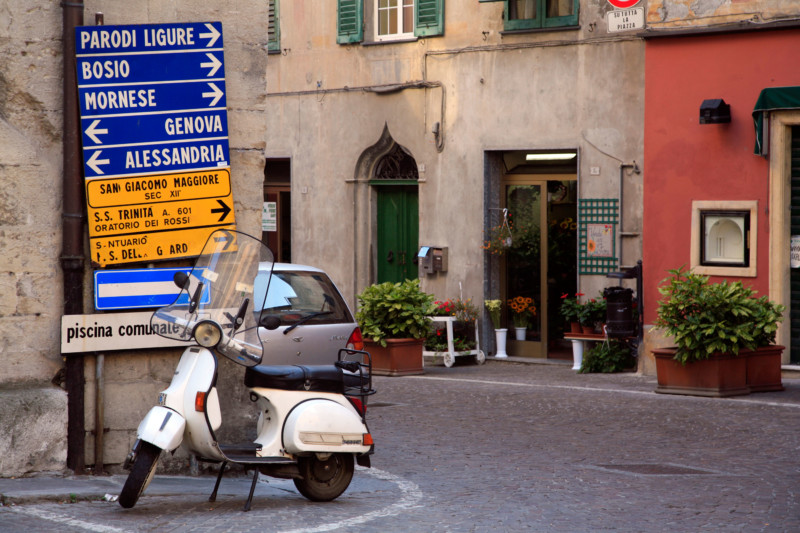 Appearing undone at the age of 50 in a slapstick comedy, Nina Doroshina made millions of Soviet women laugh and cry as they recognized themselves in the heroine, who knew how to work hard, but felt awkward to kiss her husband.

Ever wondered what Debbie Reynolds, the leading actress of the musical “Singing in the Rain” (1952)  could look  like if she had a bit rougher life, was raised in an image-unconscious environment and had no costume designers  to turn  her into  an eye candy for our insatiable, objectifying retina? The Soviet actress, Nina Doroshina (1934 – […]
Read More