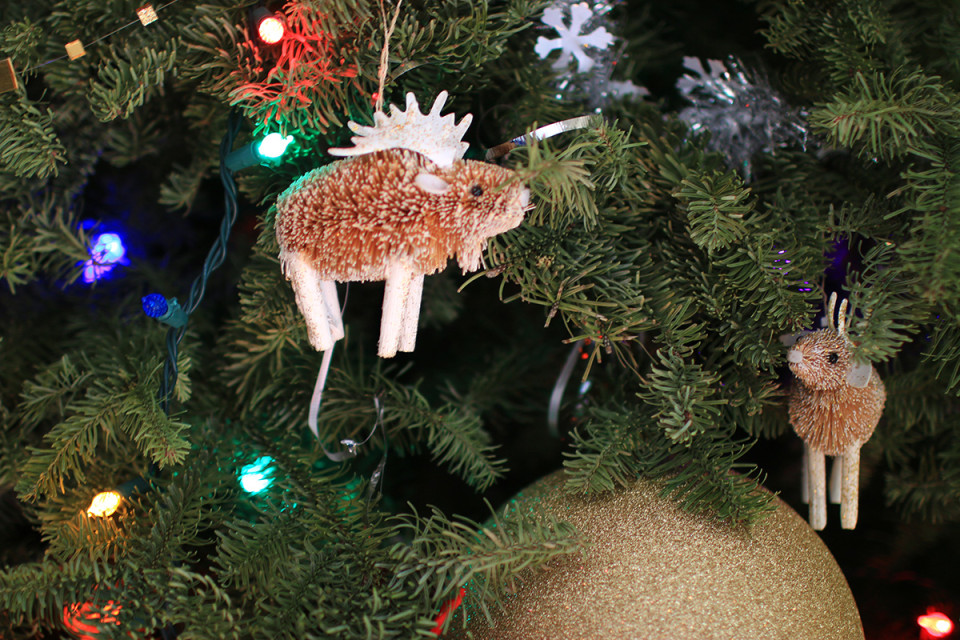 I have some thoughts on New Year Resolutions; it’s a bit late in the game, I know, but oh well. A friend of mine and a wonderful Russian designer, Svetlana Levadnaja, posted on her Instagram that every December 31, she finds half an hour to sit down and go through all the good and important things that happened to her during the year. I got excited about that idea more than putting together New Year’s resolutions, so here are my 2015 milestones; my farewell and thank you to 2015. 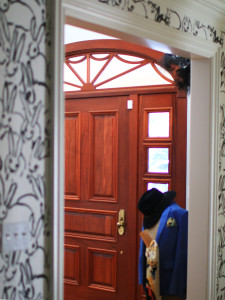 2015 was the year of the interior for me. We bought our new house in 2013 but that did not bring any interior delights. The real estate market in Silicon Valley started to pick up in 2013. With all the crazy bidding and counter offers, it meant you didn’t get to pick the house you wanted, you just grabbed whatever came your way thanks to your real estate agent’s insider knowledge and, well, connections. This is how we ended up with a typical Los Altos contraption, a house built in an architectural style that I neither like nor understand. At least it was a newly built one. I spent several months mourning my interior hopes and aspirations and then set off looking for the right interior designer. I went through several San Francisco decorators but no one really seemed to get the concept. The traditional designers were pedaling the existing Los Altos ‘luxury’ which makes me lethargic. The contemporary edgy firms savvy in the minimalistic design of SF condos or earthy vibe of Tahoe ranch houses were drafting plans that looked more like a teardown than an interior design.

I was trying to marry three utterly different styles: the aloof elegance of Christopher Guy that appeals to me, Alex’s bold and geometric mix of Ikea and Marimekko, and the American traditional style that was forced on us with the house. All three of us were pulling the project in different directions and it seemed like there was no common ground. But, I was determined to find it, and find it I did. Or rather we did. Independently from one another Alex and I discovered Marcel Wanders, a Dutch designer who seems to have incorporated all three styles in his aesthetic. Bold, elegant, whimsical, with a heavy nod to European traditions, he served as a wonderful inspiration for our Los Altos home. Once I studied and mentally digested his work things seemed to take off.

2015 was the year of the landscape for me. As soon as I thought I knew what to do with the interior, the landscaping jumped right at me with its 0.4 acre of dead grass. Already in poor condition, our front and back yards took a blow from the California drought. Then we neglected both further while struggling with the interior.

My mass mailing on Houzz.com produced five landscape contractors’ visits. Six weeks and a dozen of friendly reminders later, I got three quotes. Two of the contractors explained their delay with “nasty car accidents” they got into on their way from my home to their office. Landscape contractors in Silicon Valley are not hunting for work. They are reportedly booked six months in advance and all lead the life of a supermodel like Naomi Campbell who claims she does not get out of bed for less than $10,000. Since planting roses and lavender on 0.4 acre takes about ten trips out of bed, you do the math. I started moving forward slowly on my own with a trial and error method and a small Mexican contractor firm. In the fall of 2015 the kids collected their first figs from a newly planted fig tree. I also spent my entire 2015 spring/summer shoe budget on olive trees. When trees take precedence over shoes, you know you’ve hit an important milestone. 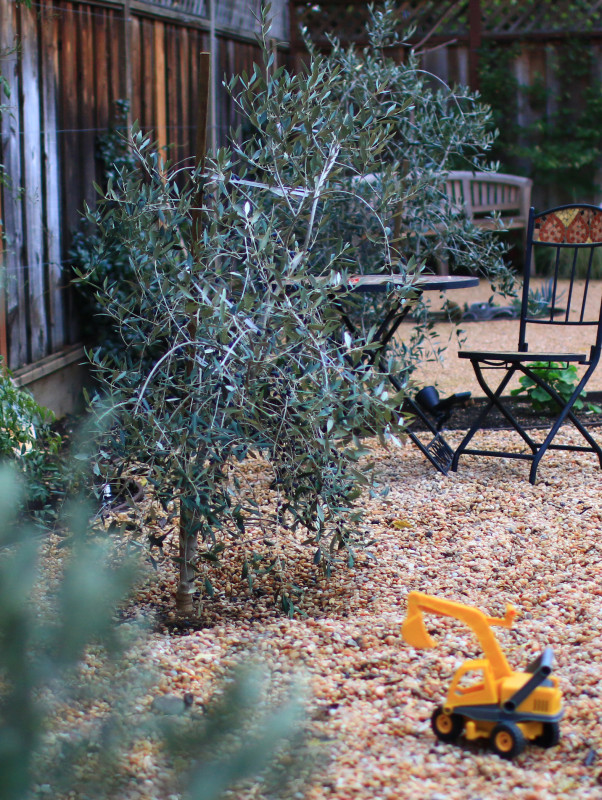 WHY ISN’T MY BRAIN WORKING?

I think that many years from now, if I am asked about 2015, I will recall it as the year of Datis Kharrazian’s book Why Isn’t My Brain Working? It has changed my life. 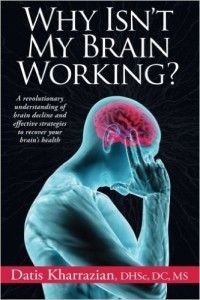 2015 was the year I felt conventional medicine had failed me. I have never been a fan of alternative treatments; I would go so far as to say I was an energetic skeptic, but 2015 proved me all wrong. I have been fighting extreme fatigue since 2012. In 2015 I joined scores of people who were disappointed in Western medicine and tried the alternative way. An osteopathic dentist, an orofacial myologist, and a functional medicine practitioner were the doctors who helped me.

I ordered Kharrazian’s book on the recommendation of one of my doctors; when it arrived I laughed out loud. Two inches thick, the text-heavy folio looked like foolproof sedation material. I opened it primarily to make my check mark. But, four hours later when I finally took my eyes off of it, I was a different person. It completely changed me forever. The book is about the brain-gut connection, explaining how brain abnormalities, such as poor memory, fatigue, or neurological imbalance (depression, anxiety, lack of concentration) are more often than not caused by our diet.

The net result is “eat more broccoli and less sugar” which seems obvious enough and does not require reading a two inch thick folio. But I never cared about the net result. I cared about why. Understanding all the intricacies of the cause-effect relationship is what moves and inspires me. Kharrazian possesses a rare talent for explaining complex medical concepts and biochemical processes in our body in an engaging and educating manner. As a patient who went through numerous medical offices I can attest to that. It is a talent and it is a rare one. His writing is very graphic. The last time I was so consumed by a book was a quarter of a century ago. Back then, I was coming back from school, settling in an armchair in my overcoat and rain boots and reading Alexander Dumas’ Vicomte of Bragelonne for hours, until my parents chased me out of the armchair when they came home from work. I was nine.

Now I was reading Kharrazian and my entire life passed in front of my eyes, from elementary school to today. I suddenly understood my behavioral patterns and realized that certain things I couldn’t find an explanation for were actually a manifestation of anxiety or OCD. I found an explanation for some of my failures, fears, obstacles I never managed to overcome, conflicts I got into, and tasks I hadn’t completed. I realized why I felt particularly tired on weekends during middle school. Those were the days my mom baked pancakes and crepes. I have a dairy intolerance. I lived with it for almost thirty years without knowing because it never caused any indigestion symptoms but instead altered my moods and energy levels. As I started an elimination diet in 2015 and then re-introduced diary, I was presented with an opportunity to see how damaging it is for my brain.

This made me edit some foods out of my diet that I never felt motivated enough to stop indulging in. I am just not a dieting breed. I was blessed with a great body and losing those extra couple of pounds just never sounded inspiring enough to pace myself gastronomically. The standard American diet full of frozen and processed foods and morning cereals never made its way into my household; we kept cooking from scratch, Old World style. But I am guilty of croissant breakfasts and cappuccino Viennese served with a heap of whipped cream at 419 University Ave., Palo Alto. I am also big on cheeses and all things gourmet that tend to be cream based, as well as anything Herr Mendl. If you asked me whether I’d prefer a morning cappuccino Viennese or a better body, I’d go for a cappuccino, simply because my body is just good enough.  But, once I learned that the price of that cappuccino was actually my ability to concentrate and my energy level, it was deleted. 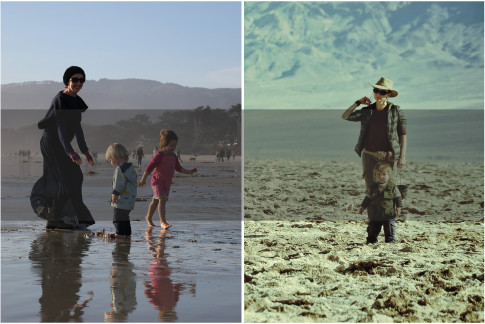 Two beauty types. Which one are you?

I caught myself some time ago casting all people into two broad categories. First I distributed  them between an   ‘indoor’ or an ‘outdoor’ baskets.   Every time I go through pictures from a prospective client I utter, “What an Indoor,” or, “Such an Outdoor type.” This division often correlates with a penchant for heels. ‘Outdoors’ often look […]
Read More